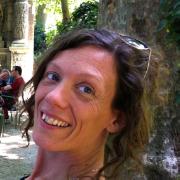 My research falls into the following three main clusters, which are tied together by an overall interest in the changing formations of normality and deviation. Especially, I am interested in the way state actors and public institutions produce, address and govern deviance in different ways:

1) Hating hate crime: this ongoing research project investigates European anti-hate crime activities as part of a steadily growing policy field. I focus on campaign work and political rhetoric, and thereby on the aesthetic and linguistic aspects of hate crimes, as a needed supplement to the legal discussions that otherwise dominates the field. Among other things I probe the role and location of emotions in the configuration of hate crimes as a policy field, and I scrutinize how ‘hate crimes’ is used to invoke ideas about basic values and authentic identities in the formulation of the ideal society and the good citizen.

2) Secular sensibilities and ideologies. During my PhD, I mainly focused on religious deviations in secular context. My aim has been to investigate how secular ideologies of absence, neutrality and transparency set up certain norms and barriers for people who are positioned as religious. I am also interested in the way secular ideology translates into the textures of everyday life - especially into everyday academic life. Empirically, this research has among other things focussed on the role of religion at secular universities, the introduction of Islamic Theology at public universities, and the formation of imam training.

3) Humanist perspectives on the art of counting deviance. What is the role of numbers and statistics in the ongoing configuration processes of knowledge production and governance of, for example, minority groups? Drawing on the huge work done on the history of statistics, I am interested in the intertwinements of democracy, statistics, and representation.