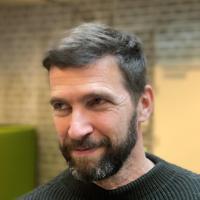 Since 2009, Thomas Brudholm has been Associate Professor of Minority Research Theory at the University of Copenhagen (Institute for Cross-Cultural and Regional Studies). He holds as Ph.D. in Philosophy and prior to his current position he was a Researcher at the Danish Institute for International Studies. Brudholm has been visiting scholar at prestigious research institutes in Denmark and abroad, including CERI-Sciences Po-CNRS in Paris. His publications focus on ethical and conceptual issues arising in the aftermath of mass violence, e.g. in the contexts of transitional justice. Brudholm is editor and contributor to several books, including The Religious in Responses to Mass Atrocity (Cambridge University Press 2009, co-edited with Thomas Cushman). In 2008, he published Resentment's Virtue (Temple University Press), arguing the case for the need to take more seriously the significance of the "negative" emotions in post-conflict societies. Brudholm has contributed articles to, e.g., the Journal of Human Rights, Hypatia, Law & Contemporary Problems, and the Hedgehog Review. Currently, in addition to continued work on issues concerning the role of forgiveness in the politics of reconciliation, Brudholm is focusing on the concept of hatred in relation to hate crimes,  hate speech and the persecution of minority groups.

The Religious in Responses to Mass Atrocity:http://www.cambridge.org/us/catalogue/catalogue.asp?isbn=9780521518857