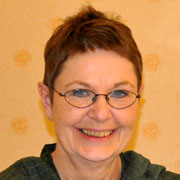 I initially graduate from London University (Queen Mary College) with a degree in German and French language and literature and followed this with a postgraduate teaching degree and qualification (P.G.C.E) from Exeter University after which I became Head of German and French at a London school. After moving to Germany, I worked for a long period as a freelance translator and interpreter before and while completing a Master’s degree in Chinese and Japanese Studies at the University of Marburg. I gained my PhD from the same university and taught there and at the University of Bochum. I was subsequently appointed Chiang Ching-kuo Visiting Scholar at Columbia University, New York (2000-2001) and joined the Department of Cross-Cultural and Regional Studies at Copenhagen in 2003.

Main research interests focus on the late-Qing era in China (end of 19th century and early 20th century) and the Republican era to 1949, although many topics spill out into present-day China or go back in history to earlier periods. Thus I work with both modern and pre-modern Chinese language. Areas of interest include literature and early literary journals, intellectual change, transnational activities (the movement of people, ideas and institutions), physical culture and sport as well as gender issues and cultural heritage. I am particularly interested in translation studies and cultural translation. I am at present looking into relatively unknown authors of the very late-Qing and the very early Republican period.

Another particular interest is how to bring together academics in China and Denmark who are not involved in China Studies. At present I am working together with the newly established Centre for Danish Studies at our partner university, Beijing International Studies University, to facilitate such connections. We have just held a conference in Shanghai on “Insights into the Danish Anti-Corruption System” and a project to bring together China’s Porcelain Academy in Jingdezhen with various art and other institutions in Denmark is in the making. This project is coordinated with the Asian Dynamics Initiative at Copenhagen University. I am also involved in developing a curriculum for Cross- Cultural Heritage Studies and a European project dealing with Heritage and Threat. A further European project on the presentation and representation of the Ancient and Modern Middle East and East Asia in European textbooks and children’s literature since the late 19th century is under application.

2015: Certificate of Honour and Visiting Scholar at Centre for Thought and Cultural Stdies, Shanghai Academy of Social Sciences.