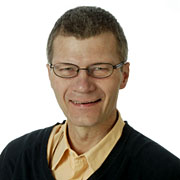 Ass.Prof. Dept. of Cross-Cultural and Regional Studies, University of Copenhagen.

1974 Enrolled at Sociology of Religion, University of Copenhagen.

1982 Graduated in Sociology of Religion.

1994 PhD in Sociology of Religions, University of Copenhagen.

1994-1996 Amanuensis, University of Copenhagen, Dept. of History of Religions.

2000- Associate Professor, Department merged with Department of Cross-Cultural and

2002-2004 Head of Department, Department of History of Religions, University of Copenhagen.

1997-2006 Member of the Board of the European Association for South Asian Studies.

1998-present Member of the Danish Research Team on the European Values Study Group.

2005-2008 Member of the Welfare Project (funded by the Danish Council for Strategic Research) in a sub-project under The Danish National Institute of Social Research.

2006-2009 Member of the board of the INORS (The International Network On Religious Studies) (Funded by the Council for Social Science).

2007-2009 Chair of the research group: Caste, Creed and Social Capital, What happened to the Christian Churches in Tranquebar after the Independence of India? (Funded by

2009 Union representative at the Department for Cross-Cultural and Regional Studies,

2011- 2013 Joint Union representative (Fællestillidsrepresentant) for the Teachers and

Researchers in DM at the Faculties of Humanities and Theology, University of

2012 The training programme for research and group leaders, University of Copenhagen.

The board of the "Nordic Association for South Asian Studies, (NASA" 1990-1991, 1996-2002 (1998) as secretary; Member of the council for the PhD programme, Humanities, Copenhagen University, 1993-1994. More than four years research and work experience in India, hereof one year in a Santal village where I speak the language. Archive studies regarding the Santal Rebellion 1855 at the India Office Library in the British Library, London, 6 months 2010.

Teaching and supervision at all levels at the University including one Ph.D.-student, and has been member of evaluation committees of Ph.D.s in Denmark, India and Sweden.

2004-2006 Ph.D. co-ordinator at the Department of Cross-Cultural and Regional Studies.

The main research themes are social changes and changes in religion and culture. In Denmark and Europe it has mainly been investigated through surveys and in India through participant observation and through archive studies in London. A main theme in the research in India regards the Santals and conceptualisations of religion, Christian missions, education, modernity and tribe. Regarding the Santals Andersen has published a number of articles in high level anthologies and journals and been part of the edition and translation of Santali texts collected by Rev. Bodding from 1892 to about 1927,